New feature in WhatsApp, messages will be automatically deleted at set time

0 latest tech news, latest tech updates, latest whatsapp features, Tech News, whatsapp, whatsapp updates November 26, 2019
A+ A-
Print Email
WhatsApp has brought new Android beta update for users. After the arrival of this update, users will now be able to automatically delete messages and also set the time for their deletion. A few days ago there were reports about this feature, but in them, this feature was described as Dissapearing Message feature. 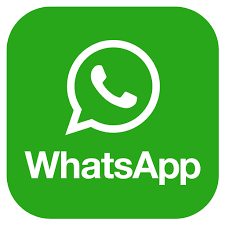 Testing feature
In the new Android beta update of WhatsApp, this feature has been renamed to Delete Messages. Users cannot use this feature right now as it is still in testing phase. WABetaInfo, a website tracking WhatsApp updates, has also shared screenshots of this feature. In the latest beta update, this feature can also be seen with Dark Mode.

Admin can enable
The new beta update is being rolled out from WhatsApp version number 2.19.348. This update can be downloaded from the Google Play Store. This feature is provided in the contact info or group setting and can only be enabled by admin. However, as we mentioned earlier, this feature is still in the developing phase, so users cannot see it even after downloading the latest beta update.

Can set the time when messages are deleted
With the delete message feature, users can set the time when a message is automatically deleted. Users get 1 hour, 1 day, 1 week, 1 month and 1 year option for the message to be deleted by themselves, which they can set according to their own. When the stable version of this update comes, some more changes can be seen in this feature. This feature will also work with Dark Mode. Let us know that like the delete message feature, the dark mode feature is also undergoing testing.
Share to: